Churchill and George between them satisfy all three of Shakespeare's paths to greatness: being born great, achieving greatness and having greatness thrust upon them. Both born into backgrounds of exceptional privilege and influence, one by personal ambition achieving the position of prime minister and war leader, the other by the vagaries of circumstance finding himself in the position of monarch.

As prime minister and sovereign, they met weekly to discuss the affairs of state.  These meetings took the form of luncheons, held in private behind closed doors.

Wally was initially inspired to write the play after hearing Churchill's daughter, Lady Soames, effectively accusing her father of lèse-majesté for planning to attend the Normandy landings in person – a plan that King George personally put a stop to. It got him wondering how interpersonal politics might have leaked onto the stage of world politics and how individuals who find themselves playing great historical roles might nonetheless still be guided by the emotional needs of the child that has never fully left the nursery. 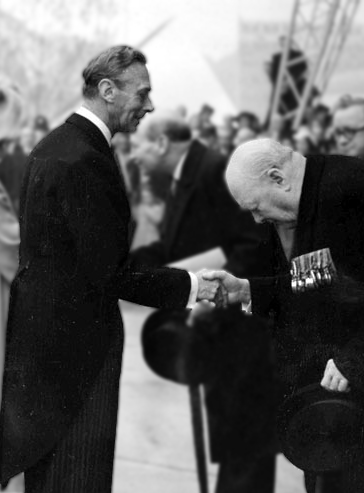